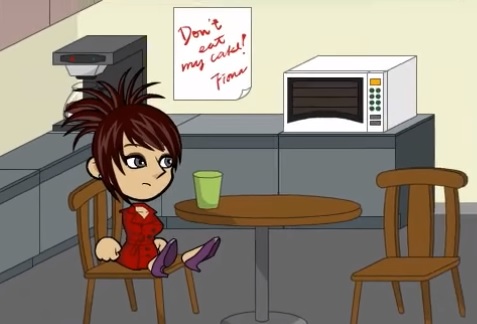 -So Lucy, how was your blind date last night?
-Terrible! Jason definitely wasn’t my cup of tea! I don’t know why Rachel thought I’d like him. Personally I think she was scraping the bottom of the barrel.
-He was incredibly rude, quite horrid actually.
-Oh dear. What happened?
-Well, we had arranged to meet at the King’s Head for a drink first, to break the ice. I should have realised I was in the soup when I heard him speaking to the barmaid.
-He was so impolite I blushed! And the way he kept shovelling peanuts into his mouth and talking at the same time turned my stomach.
-Disgusting!
-Oh that wasn’t all! I’d made a real effort with my hair and make-up and I’d even bought a new dress. He didn’t say anything about how nice I looked.
–Casting pearls before swine!
-Yes exactly! And then, just before we left, he knocked my glass of red wine all over me and do you know what he said? “It’s no use crying over spilt milk.”
-You should have left there and then!
-I know! He criticised my car all the way to the restaurant too, said it was uncomfortable and didn’t go fast enough, but when I asked him what he drove, he said he didn’t!
-Sounds like sour grapes to me.
-Quite. Anyway at the restaurant he started complaining that the meat was as dry as a bone – it was delicious, though. And then he said that he service wasn’t up to scratch.
-But it was faultless!
-So what did you do?
-Well, I left, didn’t I?