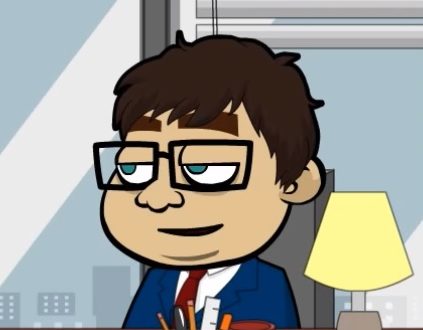 Boss: Ok John, I understand you want to get something off your chest, so tell me quickly as I’ve got a very busy schedule this morning.

John: Well, sir. It’s about your choice of applicant for the position of medical director, Robinson. I am not a nosy Parker, sir, but I couldn’t help noticing at the interview that he was a bit of a dark horse, so I decided to do a bit of investigating.

John: Well, I spoke to his previous employer, a Mr. Taylor, and found out that Robinson has a tendency to lose his head when faced with a difficult situation and also that he has a strong dislike of authority. Apparently he has a chip on his shoulder because he’s never held a senior position himself. It seems that he has a very short fuse as well, as he ended up hitting a patient who had disagreed with him. Of course they fired him after that and as Mr. Taylor told me Robinson reacted badly to that by screaming and shouting and threatening that he would get his own back! Anyway, basically I think you should offer the position to Smith instead.

Boss: Smith! But he’s such a wet blanket! Don’t you remember him refusing to come to last year’s Christmas party because he thought it was silly?

John: Yes, but he’s as straight as die, sir. And you know we need someone reliable for this position.

Boss: Alright, I take your point, but how are we going to give Robinson the bad news?

John: Yeah, this is what we have to think about.